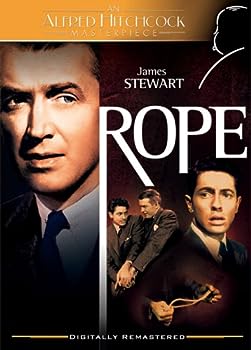 Hitchcock is one of my all time favorite film makers. His fame for thrillers is obvious to anyone who know a little about film but its his ability to intricately weave romance into his scripts that impresses me the most.

Another beauty of his writing is the strength of his female characters. Considering most his work was done in the 40-60s, its almost enchanting to watch his heroines stand up for what they believe is right and to go after what they want.

Rope is another masterpiece from the legendary director, albeit one that probably got sidelined due to his other bigger hits as a film maker. Do check it out if you get a chance…

(Day 10 of The Beautiful Project)