2009 was another good year of film watching for me. I watched exactly the same number of movies as I did in 2008. A number like 119 is hard but a total pleasure to repeat.
Instead of throwing up stats I will list out a bunch of movies that I thought were really good. I will skip the obvious suspects(Avatar gets enough publicity as it is :D ) and point out movies(that I watched in 2009) that werent that popular but were great in their own regard. 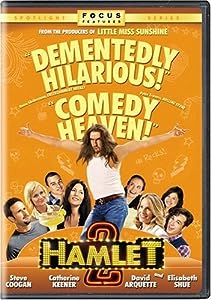 The story of a failed actor trying hard to save his drama class in school by writing a crazy play is my kind of movie :)Â  The subtle satire about a recovering alcoholic who hits rock bottom but simultaneously writes a bold and provocative play was one of the best surprise great movies of the year.Â  The concept of writing a sequel to a play in which every important character dies is not just laughable but ridiculous… Yet Hamlet 2 (the play) is made a musical with crazy numbers like “Rock me sexy Jesus” (Yeah that wasnt a typo).Â  If you like “different” movie, this one is right up your alley When influential radio show host Emma Lloyd advices one of her female viewers to break up with her boyfriend, the hurt ex boyfriend sets about getting his revenge. He manipulates the state records to say that Emma is married to him. Emma who is about it be married is startled to find out that she already is and hunts down her ‘husband’.

The romantic comedy about love and vengeance is truly sweet and touching. Uma Thurman plays the lead in this exceptional Romantic Comedy. Another must watch for people who seek something different rather than the usual dose of Rom-Coms. For the rest I suggest The Proposal :D

Son of Rambow is the story of two friends who set about making a movie inspired by First Blood. Whats amazing is that these two schoolboys are from two radically different backgrounds, facing different problems and trying in their own way to fit into their worlds. Priceless is the story of a gold digger who seduces a simple bartender thinking he is a wealthy businessman. By the time the gold digger realizes who he is, love enters the picture and things get complicated. Another different and nice romantic comedy… totally worth a watch. There is something odd and provocative about this movie that walks us through the lives of four individuals whose lives get intertwined. The characters are brilliant and the actors flawless. The movie is simply a series of conversations at different point of the lifeline of the characters and is simply beautiful. This is the kind of movie that makes you think and one of the best in the category too. Story of a man who suffers from a terminal illness changing his life to make the last few days truly count. The story is beautiful, characters are very entertaining and the emotion very touching. One of those movies that make you look into your life for meaning. Hilarious movie about a bunch of incompetent british agents in a secret mission. The movie is childish and slapstick in moments but is equally brilliant in quality at other times. A perfect watch when you need a cheer up. Very impressive movie about determination and the love for perfection. The touching story of an old man who travels across the world to break the land speed record on his trusty bike. Anthony Hopkins is extremely loveable and the story beautifully heart warming. A must watch for engineers as its core values are deeply embedded in this movie. A nice animated movie about a world where evil is respected and Evil Scientists are honoured. The story is about an Igor(assistants to evil scientists) who dreams of becoming an evil scientist. Igor is smart and creates a Frankenstein monster but starts getting the attention from his competitors.

Another Animated movie in the list :) This one is about a dog that plays a superhero on Television. The dog trulybelieves that he is his superhero persona and that he possess superpowers. When an accident causes Bolt to get lost, he and his magical abilities are put to test to find a way back home.

This movie was brought to my attention while watching an interview of Quentin Tarantino. He considered this movie the best movie of the last decade… After watching the movie I have no choice but to agree, while this movie is probably not the best its easily in the top.

The movie is about the future where the Japanese government captures a class of ninth-grade students and forces them to kill each other under the revolutionary “Battle Royale” act. The movie is bold, shocking, gory and enlightening. This is normally not my type of movie but its brilliance is hard to ignore. A movie with Adrenaline running in the veins… Chev Chelios is a professional assassin who learns that his rival has injected him with the Beijing cocktail. The drug slows down the heart rate of the victim killing them, Chev wants to live… To get to the antidote Chev needs to keep his Adrenaline up to prevent the drug from taking over. What happens over the next few hours of Chev’s life is Crank.

The movie is brilliant with its presentation. Shot in parts in First Person Shooter mode and with some of the best writing Crank is an high voltage thriller. A must watch for Adrenaline junkies. Shade is about poker and hustling. The story is about a group of hustlers who encounter “The Dean”, the ultimate hustler and pull off a successful sting that results in their pursuit by a vengeful gangster. The story is fast paced and a good thriller. Totally worth a watch 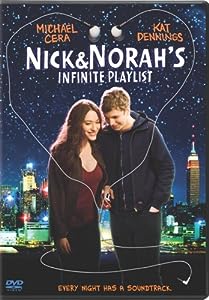 A sweet movie about getting over people, finding love and good music. The background score is really beautiful and story nicely engaging. Watch the trailer if you like it you will like the movie :) The Man Who Sued God

The story of a lawyer who became a fisherman from frustration. When his one piece of property, his boat, is struck by lightning and destroyed he is denied insurance money because it was ‘an act of God’. He re-registers as a lawyer and sues the insurance company and the church under the geise of God, defending himself. (excerpt from imdb.com)

This movie is good – watch it :D I always wanted to watch the cult classic and finally I got around to watching it. The movie is about a wealthy man who gets a strange birthday present from estranged brother, the gift, a live-action game whose rules are undefined and end unforeseeable. This movie is a must watch. Funny People
Story about a comedian in his prime who is told he has a terminal illness. The comedian goes about preparing for the end and simultaneously seeks the help of a budding stand up comic to keep his comedic persona alive in the tough time.

This movie is brilliant is so many levels, the scenes where the comedian has to bite into his agony to make his audience laugh is so touching it can reduce you to tears. Yet the movie is ruined by a pathetic last 30 minutes which changes the main storyline to one about relationships and ethical boundaries…

Note: These are movies I watched in 09 not necessarily released in the same year.